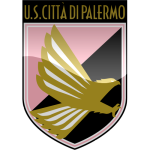 Fiorentina led by Josip Ilicic snatched a win at Palermo, hitting the Serie A top, at least temporary (Inter to play later). Nikola Kalinic helped with two assists. Ilicic scored his first in the 13th minute, his second in the 42nd giving Fiorentina a comfortable lead before the half time. Gilardino in the 77th minute reduced the score, scoring one for Palermo while Błaszczykowski in the injury time of the match has scored the third goal for the guests, sealing the final score, Palermo 1, Fiorentina 3.