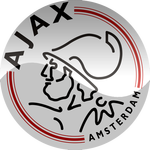 Match Highlights Without several first team players and Wayne Rooney on the bench, Manchester United have won the UEFA Europa league, courtesy of a 2-0 win over Ajax. Pogbain the 18th minute opened the scoring while, Mkhitaryan in the 48th has set the final score, which helped their coach Jose Mourinho to make new history. The Portuguese coach, won both the UEFA Cup – now known as the Europa League and Champions League more than once, and he’s the only one who’ve managed to do this, so far.