English Premier League club, Arsenal announced on its official website that Santi Cazorla from now is officially the new “gunner.” 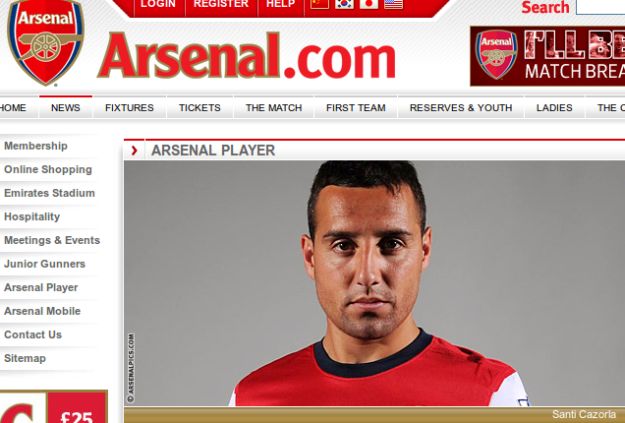 “Arsenal is delighted to announce that the Spanish international Santi Cazorla from today is officially our player and for a long time,” says on the London club’s website.

Cazorla (27) arrived from Spanish Malaga for the time,undetermined amount of money. Andalusian club has also confirmed this transfer on its website.

“I am happy that I came here in such a big club. It is a big step forward in my career and I hope it will be a good experience. I hope to win some trophies,” said Cazorla for the official website of Arsenal.