With this friendly match practically begins the story about the European National Championship which will be played in Poland and Ukraine. Club football is going in the background, and the main roles take representations, especially those 16 which will participate in the “EURO 2012” 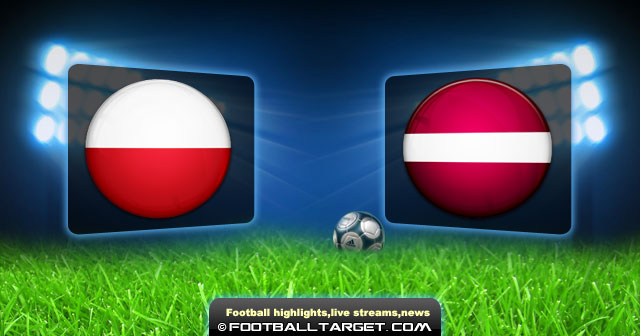 Already all the selections are slowly gathering and for the beginning they will play some friendly matches, with which selectors will definitively decide which players will be selected for this great contest.

The first is  in our analysis  match one of the hosts of EURO and selection that has occurred  average in qualifying, but of course did not find their place among European best teams.

So far this selections played two matches in the qualifications for EURO 2004 in Portugal when Poland celebrated in Latvia and Latvians have surprised  in Poland. It is important to say that this game will be played in Klagenfurt in Austria.

Poland is of course a selection which in this case is interesting,because they will play on the Euro. They expect a lot, mostly because they are hosts, although in general there are not a bad team. Of course, they did not play qualifications, and  therefore they played a series of friendly matches against teams from all continents and different qualities.

We will take into account the last ten matches Poland have played in roughly the past year. Altogether, the results are really promising, because they lost only from France and Italy, although they played and four draws.

Of that, good results can be considered draws against Germany and Portugal, and slightly weaker those against  Mexico and South Korea, which is actually the only match in which they were guests.

In meetings where it was expected from them to win, they do so, against Georgia, Belarus, Hungary and combined composition of Bosnia and Herzegovina.

For now, the Polish selector Francsizek Smuda picked 26 players and has a list of seven reserves, so this and the two other  friendly matches against Slovakia and Andorra, he will use to decide  final 23 names.

Of course, it is very difficult to tell what team will start in this game, it is possible that Smuda  will test some football players who still are not sure for Euro 2012. In spite of everything, probably  they want to win and build good atmosphere.

Selection of Latvia is not so interesting in this game, because they are actually here act the Russians. That does not mean that these selections will run onto the field to lose.

The motive will be to little thwart one of the hosts of the European Championships, and  eventual victory with to improve their rating and ranking.

In previous qualifications they were not very brilliant, and they stayed far away from being able to possibly engage themselves in a battle to qualify for the Euro,although they managed to draw with Greece, which plays in the championship and it’s just in a group with Poland.

Selector Aleksandrs Starkovs for this match invited 21 players,from which three of them are playing in for Poland clubs.

Prediction : No matter that the Poles almost certainly will not play in the strongest composition, they will want to win this one more. They will not exactly play in a completely altered composition, because they do not want an unpleasant surprise ahead of  Euro 2012 . The fact that is played on neutral ground, just a little easier Latvian situation, but it will not save  them from defeat.Poland to win