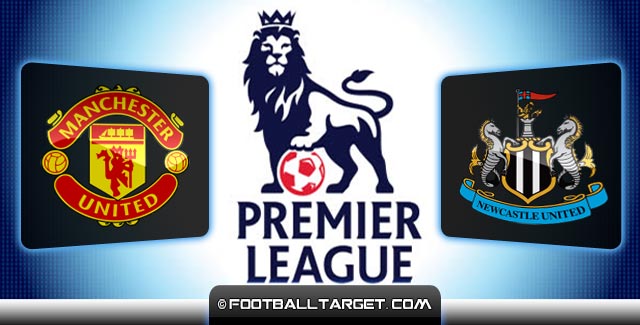 The Red Devils will try to keep their perfect start of the season this weekend as they will host Newcastle at Old Trafford. So far, Manchester United has won both of their Premier League games so far, also they’re close to qualify to Champions League group stage after beating Club Brugge 3-1 this Tuesday thanks to Memphis Depay. The Winger was the main man of the night as he scored twice and gave the assist for Fellaini’s goal. On the other side, Newcastle are yet to secure they first victory this season as they’ve secured only 1 point so far on the opening game against Southampton.

Manchester United
Louis Van Gaal is hoping to keep his positive record so far on the start of the season following his victories 1-0 against Tottenham and with the same score against Aston Villa thanks to Adnan Januzaj’s goal.

Sergio Romero is expected to protect once again the Red Devils target , as David de Gea is still linked with a move to Real Madrid and probably will be watching once again the game from the stands.

Manchester United are expected to face Newcastle without Marouane Fellaini, who shined on the Champions League play off against Club Brugge. The 27 years old will serve his last game in a 3 matches ban that he got last season. Phil Jones and Carrick will also miss the clash for injury problems.

Newcastle United
The Magpies are still looking for the first win of the season , as they’ve won only 1 point against Southampton, which was followed with a loose against Swansea City last week.

Newcastle have been boosted up with another signing this summer , as the winger Florian Thauvin arrived from Marseille on a deal that will send Remy Cabella to the French side on a 1 year loan deal.Paul Simpson admits that Newcastle fans will probably see Thauvin in action this week-end against Manchester United.

“If he’s involved at Old Trafford on Saturday, we’re not expecting him to go and set the world alight straight away but, if we can get him involved, it’ll give the whole football club a boost and the rest of the players because they want competition for places.” said Paul Simpson. “And I also hope it’ll give the supporters a boost because, so far, we’ve only got one point”.