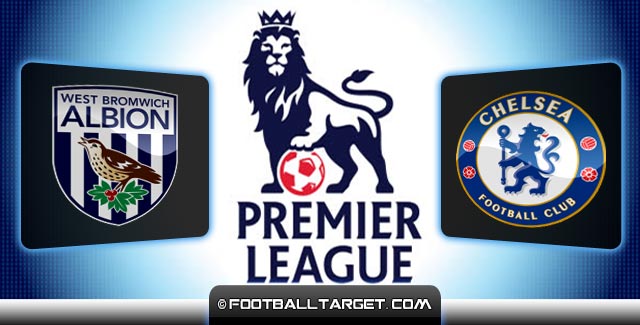 The Champions will travel to The Hawthorns as they will try to achieve their first win of the season after collecting only 1 points on the first two weeks. Chelsea is facing their worst start of the season since 1998 when they’ve finished 3rd. Just like Chelsea, WBA has collected only 1 point on the first 2 games of the season, and both have been beaten 3-0 from Manchester City. But, after the loose against Manchester City, Jose Mourinho has been in action on the transfer market as he has secured the services of Pedro from Barcelona and Baba Rahman from FC Augsburg but both players probably won’t take action this week-end.

West Bromwich Albion
After the opening game, where they were outplayed from Manchester City , WBA manager Tony Pulis took all the blame for the defeat as his “plan” was wrong as he played an open game against a strong opponent like Manchester City but this time he admitted that it wont be the same against Chelsea.

West Brom has spent too much money on the attacking area , but yet they have not seen anything good over there as they haven’t scored yet any goal this season.The club record transfer, Salomón Rondón was bought from Zenit for £12 million and has made his Premier League debut against Watford, but he has not added much on WBA attack.

Another debut for WBA side is expected as Serge Gnabry, who was loaned from Arsenal this summer is finally fit and has joined the squad to face Chelsea.

Chelsea
After losing the Community Shield against Arsenal and failing to win on the first 2 games on the League, it seems that Jose Mourinho side is getting into crysis.

The Special one has taken action on transfer market as he did bring Baba Rahman and Pedro on Stamford Brigde.According to Mourinho Baba Rahman will bring more defensive qualities on the team, meanwhile Pedro will add more pace and class to their attack and would remove a bit of pressure from Eden Hazard.

The Blues does not have any injuries worries despite the ones of Oscar and Victor Moses but what it worries most Mourinho is his defence – specially Terry and Ivanovic, who both have received negative comments on the post match conference against Manchester City.

Anyway less worries for Mourinho as he sees Courtois back after being suspended for the “big clash” against Manchester City. The Belgium International got a red card on the opening game against Swansea.