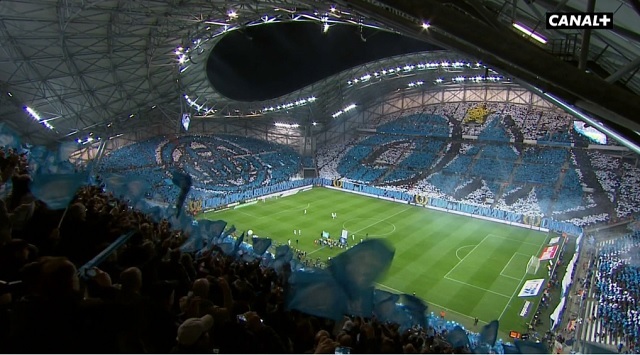 The biggest Ligue 1 derby match between Marseille and PSG, the popular “Le Classique” the reigning champions have won with 3-2 after pulling a comeback in just six minutes of the second half. The game was broadcast in more than 167 countries all over the world, and people all over the world have something special to see even before the kick-off. As usual the atmosphere was electric and the home fans produced a pre match choreography which covered the entire stadium. Amazing!