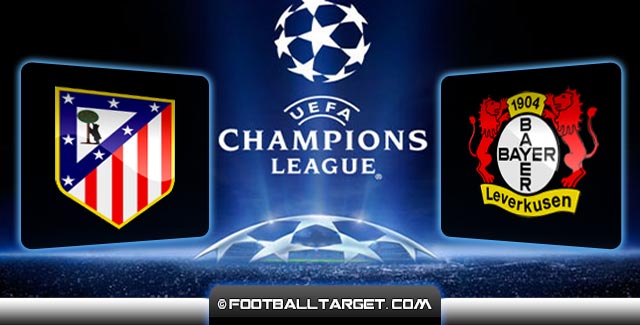 “They are a very verticle team, they play very direct. They have a lot of pace up front over the final few metres. We will have to counter these things that cost us so much in Germany,” the coach told a press conference.

“If we don’t concede but we don’t score, it’s no good. The objective is to win the game.

“I want a Calderon that is constantly noisy. I hope and want for there not to be a minute of silence at the stadium throughout the game.”

“I have not spoken to them. I will tell them on Tuesday when we get together,” he said.

The Argentine also lauded the impact of Koke on his side’s style of play, with the Spain international having missed the first leg at the BayArena.

“In footballing terms he is one of the best at reading the game,” Simeone added.

“He has brilliant peripheral vision. When he is at his best we can play with more dynamism, not through physical speed, but mental speed.”