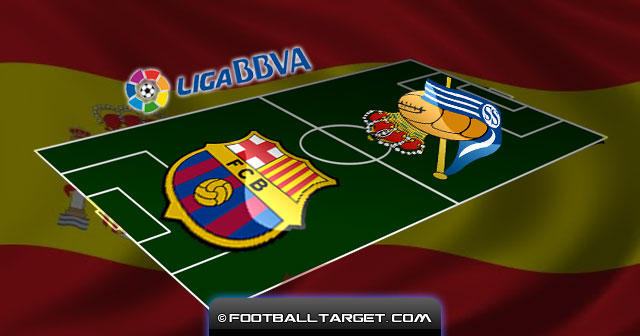 One of the clubs which have rammed a nail in the coffin in which Barca´s title ambitions were buried last season’s is Real Sociedad when they in one brilliant game turned 2-0 lead of Barcelona and in just 2 minutes have scored two goals and thus helped Real Madrid.

Probably Messi and his team remembers that, so today we could see a goals galore at the Camp Nou,as a little payback for that.

Barcelona’s biggest news of the new season is a change at the helm, there is no more a famous creator of tiki-taka,because Pep Guardiola has went,and a new coach is Tito Vilanova.

Regards to the transfer window,and leaving out Barcelona B team,only Jordi Alba for now has joined Barcelona,while Arsenal´s Alex Song is really close.

Real Sociedad managment apparently was not satisfied with the efficiency of the team, so they brought out Arsenal´s player Carlos Vela

Prediction : On the start of the new season Barcelona and her new coach certainly are wishing nothing else but to win.They have much stronger team,and they are playing at home.We will give you a few good tips for this match.Barcelona to win,Barcelona -1,5,Over 2,5 goals and L.Messi to score.

Watch match Barcelona vs Real Sociedad online and live from our live stream section.You can watch match highlights and full match video from this match here after the match ends.