After the shocking opening season in the first round of the Champions league against Real Madrid and heavy loss, Basel welcomes Livepool hoping to continue good run against the English Clubs, as so far they have claimed the scalps of Manchester United, Chelsea & Tottenham. 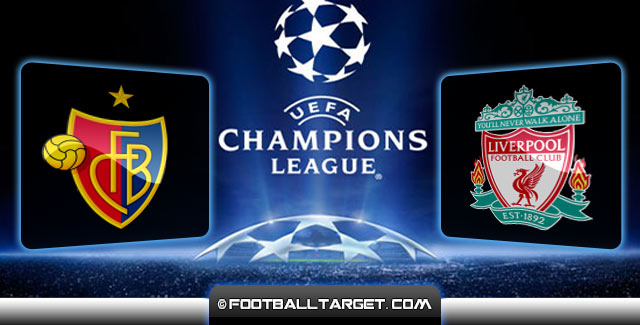 Paulo Sousa’s team are doing fine in the Swiss league. They are on the first place. The last week they played a home 1-1 draw with Thun but the players thought were on Liverpool game. First place surely will boost team morale after high 5-1 defeat to Real Madrid. Basel was standing good at Santiago Bernabeu but the class of Ronaldo and Bale was just to much. The Swiss side now returns to Champions league encounter with Brendan Rodgers’ side, Liverpool hoping to improve their performances and enter some points. Basel are hoping to repeat the games against other English sides at home , like Man Utd, Chelsea and Tottenham.

Swiss champions and current league leaders FC Basel train at their St. Jakob-Park ground on the eve of the Champions League Group B clash with England’s Liverpool on Tuesday (30th September).

Liverpool didnt opened a new season very well. Departure of Suarez and a lot of new faces in the locke-room require more time to cope with Rodgers’ tactics. Collecting only seven points from the opening 6 rounds is not something that the Reds were hoping of after finishing the last season on the 2nd place and almost winning the league tittle.

Liverpool after trashing Tottenham away, failed to win in the last 3 games. Two defeats and the last week’s draw against Everton at Anfield are results which Liverpool must improve. They had all three points in their pocket, but Jagielka’s stunner in the injury time denied the Reds win. In the Champions league return after long 5-years , at home Liverpool had a lot of problems securing all three points. The Reds have had a 1-0 lead until the injury time ( again) when they conceded a goal. Luck was on their side, as in the last-minute Penalty was awarded for them and the captain Steven Gerrard converted it for a 2-1 win.