Preview : Saturday’s Champions League final between Bayern Munich and Chelsea will be six in history between the English and German clubs and will bring a continuation or discontinuation of certain traditions. On the eve of the great battles at the Allianz Arena, each team can find several historical and statistical data in favor of it. 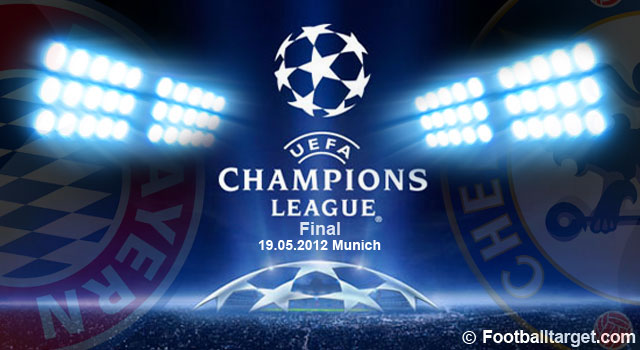 At first glance, Bayern has a great advantage because of the much richer club history and the benefits of playing the finals on home ground, where through the history against the English clubs was very convincing.

For the Chelsea most trouble start as soon as cross the German border, but there are traditions on which the Londoners can build their own optimism. Here is primarily the only previous match of these clubs, but the fact that Bayern Munich in the European finals has a negative ratio with English clubs.

At present five of the final meeting in which played the English and German clubs, even four wins has English ones, while for the Germans the only celebration ensured Bayern back in 1974th year.

Chelsea celebrated in the only played match with Bayern

Chelsea and Bayern have played in history, only two mutual matches, quarter finals of the Champion 2005. year. After two very meaningful and effective matches, with a total 6:5 in semifinal passed Chelsea, but there was stopped by eventual winners Liverpool.

From the players who are still in Chelsea and Bayern, then performed five of them. Bastian Schweinsteiger, Frank Lampard, John Terry, Didier Drogba and Peter Cech.

Chelsea to encounter with Bayern arrived over Barcelona, just like this year, and the Bavarians pass in the quarter-finals fought through the match with Arsenal. Chelsea has opened match greatly and has took the lead in the fourth minute by Joe Cole goal.

Goal nets by the end of the first half, rested, and then – goals galore. Bastian Schweinsteiger has entered into the game at halftime and after only seven minutes on the field equal the result. Then on the scene came Frank Lampard who with two goals brought great advantage to Chelsea, and the final score 4:1 set Didier Drogba.
A goal of hope ahead of return for Bayern Munich has scored Michael Ballack deep into injury-time

Bayern’s faith in passage quite diminished Frank Lampard after half an hour, with his third goal in the quarterfinals. Bayern managed to equalize over Claudio Pizarro in the middle of the second half, but Drogba has brought a new the advantage to Blues. Bayern Munich with two late goals came to win which to him ultimately not brought anything.

Important Chelsea players then were Makelele, Duff, Gudjohnsen, Gallas, and on the bench was Jose Mourinho. Bayern then trained Felix Magath, and in the team were Lucio, Ze Roberto, Roy Makaay and Robert Kovac.

History on the side of Bavarians..

Bayern’s history in European competition is far richer than Chelsea. Bavarians have so far played eight times in the finals of the Champions League and have won four titles. Bayern golden era were in the 70-years of the last century, when they won three-time in a row former Cup championship.

In the final 1974th at Heysel, Bayern Munich and Atletico Madrid have played 1:1 and in re-match game two days later, the Bavarians celebrated 4-0 with goals of Uli Hoeness and Gerd Müller.

A year later with 2-0 on the Princes Park, they beated Leeds. Scorers were Franz Roth and Müller again. The third title in a row Bayern won over St. Etienne on the Hampden Park in Glasgow, the only goal scored Roth.

For Bayern then followed three unsuccessful appearances in the finals. 1982nd year more successful was Aston Villa, 1987. Porto, and in 1999. in the finals Manchester United with superb finish.
Up to his fourth title of European champions Bayern Munich arrived 2001st year at the San Siro in penalty shootout against Spanish Valencia.

The regular ended with 1:1, and both goals were scored from the penalty shoot out. After performing the final shootout Oliver Kahn became a hero with three-defended penalties.

Last appearance in the finals, Bayern had two years ago when he at Santiago Bernabeu was defeated by Inter with 2:0. Except in the Champions League, Bayern has yet two European trophies. Uefa Cup 1996th year and Cup Winners’ Cup 1967th year.

His only appearance in the Champions League final Chelsea had 2008th when he was defeated by Manchester United. The Red Devils took the lead over Cristiano Ronaldo, and for Blues equals Lampard.The match went to penalties where into the tragedians John Terry and Anelka have transformed, by missing the decisive shots from white spot.

In the treasury of the London club, there are three European trophies. Chelsea has won Cup Winners’ Cup 1971st and 1998. That same year Chelsea won the European Super Cup with victory against former European champions, Real Madrid.

Bayern has a problem in the finals with English clubs, while Chelsea have trouble with matches in Germany..

Bayern so far has met 35 times with the English clubs and have a positive ratio of 13 wins, 12 draws and ten defeats. Bavarians are supported by the fact that in Munich were defeated only once in 16 matches, by Norwich City’s 1993rd year. On the domestic ground they have celebrated in four of the last five duels with the English clubs.

To Germans does not goes in favor statistics in the finals against English clubs because in three finals they celebrated only once. Apart from the defeat by Aston Villa and Manchester United in the Champions League final, they lost in the European Super Cup from Liverpool 2001st year.

The last clash of Bayern Munich and English clubs happened in the group stage of this year’s competition when they played against Manchester City. In Munich, Bavarians celebrated a 2-0 with goals of Mario Gomez, and Man City has responded with the same result in return.

Blues have played against German opponents 13 times and registered seven wins, two draws and four defeats. All defeats have happened to them on tour,and in Germany so far they have celebrated only once, against Stuttgart 2004th year.

The same club was fortunate for the Londoners in the final Cup Winners’ Cup 1998th, when Chelsea celebrated in his only European final against the German team. The only goal on the that game is the work of Gianfranco Zola.