New Bundesliga record has fallen,and once again with the German giant Bayern Munich who has signed Athletic Bilbao player Javi Martinez for  big of records € 40 millions.. 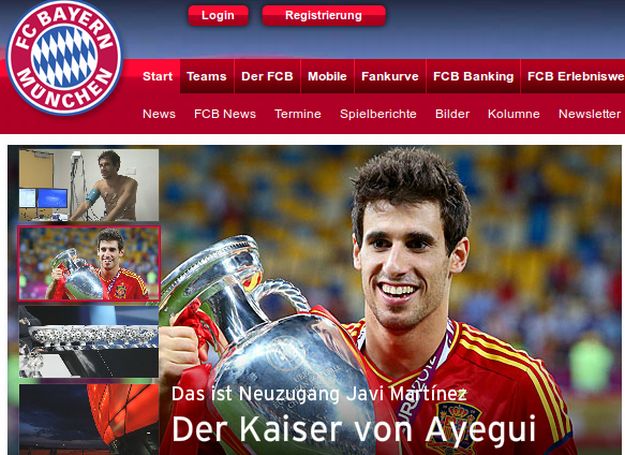 And this is the job which has for weeks occupied headlines of sports websites across Europe. Ten days ago, Bayern has confirmed the conclusion of the transfer ,but later from Athetic has arrived denial.

However, that were only the games from both clubs,in the effort to get the best possible transfer bid. Bavarians have failed to lower the price, but they eventually paid the full amount, € 40 millions, what was player release clause.

For Javi Martinez the most important thing is that all this is over,and he gave up on lots of money to come in Munchen.

“I’m very happy and I look forward to play for a club of such history. I had waited a very long, and now waiting is finally is over,” Martinez said after signing a five-year contract.

“Bayern is one of the best clubs in Europe and worldwide. Here are so many players who play fantastic football and that’s a big motivation for me. Of course, I want to win titles.”

“Of course it’s a big sum of money. Martinez was indirectly involved giving up large amounts of money. It was very complicated, but we are happy that Javi Martinez is finally with us,” said Executive Chairman of the Bavarians club Karl-Heinz Rummenigge.

List of the most expensive Bundesliga transfers (in millions of euros):