DFB-Pokal finals bring us two German giants in the closing of German football season. The championship is over, Borussia defended the title,and Bayern remained second, but they in a week, have a chance that for the fifth time in its history, climb to the top of Europe.

Two best German team at the moment, will decide on, who will be the winner of the National Cup. Quite expectedly finals, because both had a great season and led the fight for the championship title. However, in this struggle there was not an excessive uncertainty, given that the Borussia few rounds before the end had unmatched advantage. 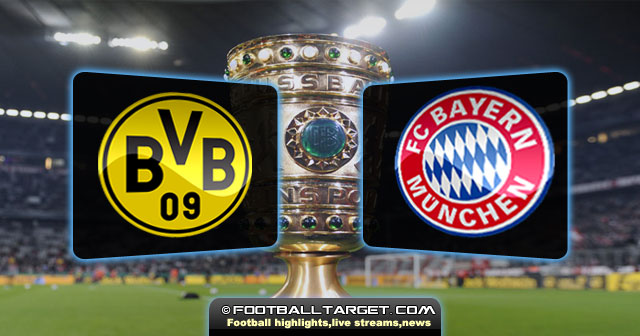 However, Bayern Munich at the end of the season can be more successful, because apart from this, there is a chance for another trophy, the one in the Champions League. As far for their mutual clashes, Borussia this season won both times against Bayern and both times with the same score, 1-0. And the last season the “Millionaire” both times celebrated, so Bayern is waiting for the victory against Borussia since February 2010.

Borussia really greatly play this season, or more accurately the second part of the season in which they have not lost a single match. They managed to do what very few people had hoped, they defended the title even though Bayern was declared as the absolute favorite.

In the first part of the season seemed there will be nothing of the title defense, as they were even six points behind, but as we said, they played well the second part and deservedly took the trophy. Now they want to make a new step forward, and that means to win double crown. Chance to win three trophies they dropped in the beginning of the season when they were defeated in the Super Cup by Schalke.

When their performances in the Cup this season are in question, of course, they have not lost a single match, otherwise they would not be in the finals, but they were not brilliant as in the championship.They have somewhat easier schedule, and until now they did not play against the cub from the first league.

Therefore they have two great opponents from the second league, Fortune and Furth as a guest,where they practically only had problems, and played after draw an extra time.Fortuna were eliminated after the penalty, and with plenty of fortune Furth bare at the last minute of extra time. It is worth to say that in five Cup matches, they did not concede a single goal. In the match against Bayern Munich they enter absolute complete,and of course,Klopp will send to field the strongest team.

Bayern Munich for the second year in a row failed to win league title, and yet because of Borussia, so bigger motivation for this match they dont need. The hope of winning the league title “lived” until five rounds before the end when they play in Dortmund and where they had to win to get back into the game for the title (Highlights).

They failed and did not play well either, even Robben missed a penalty in the finish and that was the end of hope. Bavarians have found solace in the Champions League where they were written off by many when they drew Real in the semifinals (Highlights), but with two great matches they won the grand final where they will be waiting for Chelsea as hosts.

Interestingly, despite the fact that the title is lost, the last three Bundesliga rounds they played very seriously and celebrate victories, even playing with mixed composition.

As regards to the Cup, they had much more difficult task than Borussia, but they were very good and have concede only one goal as guests in Bochum where they won 2-1.Then they won away against Stuttgart, and then they had the hardest task in the semifinals at the away game at Borussia M’gladbach.

The match ended with no goals, and Bayern retrieve the final trough the penalty-lottery. Coach Heynckes has available all the standard players as well, and regardless to the Champions League finals next Saturday,Heynckes will send the strongest team in play.