Juventus FC – AS Roma Serie A

For the end of the 34th Italian Serie A round it is left a big derby between old rivals, and that the current leaders Juventus, and the fifth Rome. In fact, both teams are in quite good shape, and they were celebrated a very important victory in last played round, so full of confidence await this great duel which could eventually change a lot in the final standings. 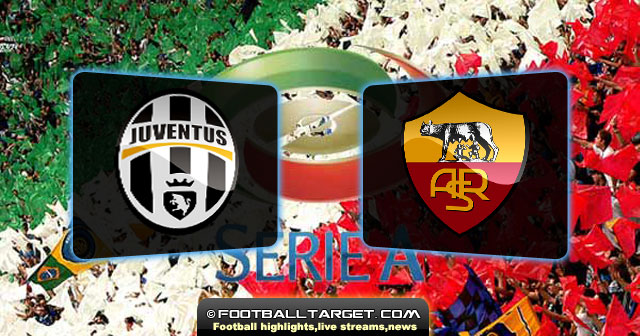 Before all,we think here on Juventus, for whom now every important point in this fight for the Scudetto is important, and certainly it wont cost if we say that lately they have an extremely positive experience in duels with Roma ,two wins and one draw.
So in the last meeting in January this year in the Italian Cup, Juventus came to light victory of 3:0, while in the fall at Rome Olimpico they split points in match which finished 1:1.

But this time we can expect a more offensive approach, of Juventus as he is just a point ahead of second-placed Milan, while on the other hand Rome is in bitter struggle with several teams for the remaining places that leads to Europe. However, the Turin team is certainly a psychological advantage, since they are ones with four wins in a row , which actually brought them a breakthrough into the leading position. But, now they must be much more cautious, because any mistake could cost a lot, so in the match against always unpleasant Roma we can expect a maximum seriousness on their part, especially in the defensive area where truly fantastic throughout the season. The “Bianconeri” are by far the best defensive team league with only 18 goals conceded, and once again we must say that they are the only team in this championships who are still undefeated.

On the other hand, in the last five matches they have been significantly improved and their realization, and scored 14 goals, an average of nearly three per match, and this means that the defense of Rome would be certainly on a great torment. The hosts this time also,have not and injured players in their ranks, so the coach Conte probably will sent to field his strongest line-up.

No matter that Juventus is in a great rush, visitors from Rome, also have high expectations from this derby, because only with a new point (this) remain in the race for third place, which leads to the Champions League. In fact, now there is their city rivals Lazio, who has four extra points, while the big crowd is for the two spots which leads in the European league, where they compete Udinese on the fourth, sixth Napoli and seventh Inter.

All of them are in the range of only three points, so by the end of the season things can change, especially for someone who lost last games. And when we speak about it, it should be noted that the Romans in the last five matches achieved three victories at home, but they are defeated at both away matches,which is not an encouraging in front of meeting with the leader Juventus. However, coach Enrique believes that his chosen ones can do well in Torino.

Because of injuryies defenders Juan, Burdisso and Cassetti as well as Greco midfielder and goalkeeper Lobont wil be missed for this match.

Prediction : Although Juventus is in a great series of winning, certainly it wont be a easy game for Juventus against alway unpleasent Roma, who recently plays extremely offensive, so in the this derby with such access, and hosts should definitely play more open.Over 2,5 goals