After their midweek defeat to Lazio,Milan players will be looking to bounce back at their San Siro this Sunday when they welcome Mazzarri’s Napoli.In their last seven encounters AC Milan have won six matches in Serie A at San Siro,with impressive outscoring 20-2.

The Rossoneri currently lead in the league with most wins (13) and scored goals 43.On other hand Napoli in their last five matches picked only one victory at San Siro,and currently they have the most draws in league (9). 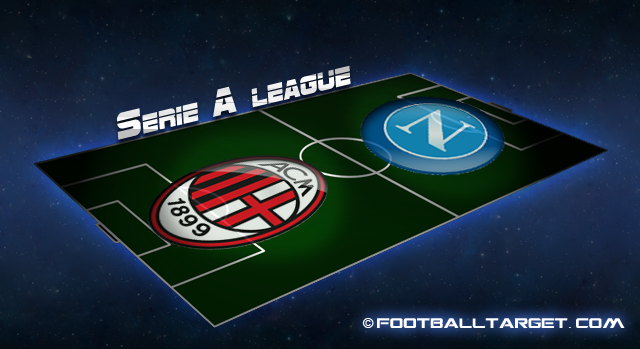 Earlier in the campaign at the Stadio San Paolo,
Mazzarri’s men beat Milan 3-1,with an Edinson Cavani hat-trick proving decisive on the day.

Massimiliano Allegri’s main concern is in midfield as Kevin-Prince Boateng, Alexander Merkel, Rodney Strasser, Gennaro Gattuso, Alberto Aquilani and Mathieu Flamini are all nursing injuries.
Alexandre Pato is dealing with another muscle complaint and will not feature and Antonio Cassano continues his recovery from heart surgery .
PROBABLE LINE-UPS