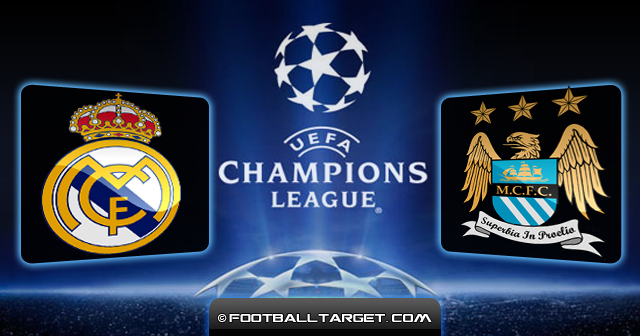 Already at the start of the Champions league season 2012/13 we have a big football spectacle,considering that at the group D,at Santiago Bernabeu will play Real Madrid and Manchester City.However,both team did not offer some great football at the beginning of the season in the national leagues,especially Real Madrid footballers who after the winning of the Super Cup against Barcelona,currently after the four rounds are placed on the 11th place,while their biggest competitor Barcelona,is on the big +5.

On the other hand,current English champion Manchester City want to go step further compared to the last season when they were knocked already in the group stage of the Champions league.

It seems that the biggest problem is that at Real Madrid in recent months, much more attentions goes players alone then to the game itself.First it was about Luka Modric which cause a stir, and then their first star Cristiano Ronaldo said he is not happy in Madrid, which logically caused different reactions and again draw attention from the game.

Several La Liga clubs has taken the advantage from it,like Valencia in the first round,which has drew with Real Madrid at Bernabeu.Getafe and Sevilla meanwhile manage to took all three points,while Real Madrid playing at home against Granada (3-0) has achieve their only victory for now.

Cristiano Ronaldo´s unhappines should solve the new improved contract,although the reaction of fans are divided, but also in general fans belive that several other players are not putting lots of effort on the pitch,so Mourinho certainly will have to do lot of talks inside the locker room.After the last defeat against Sevilla,Mourinho wasnt happy with Higuain and Di Maria,so Benzema and Luka Modric will take their place.

As for the current English champions, they as expected opened this season at home, where they record victories over Southampton and QPR´s, while on tour against two defensive oriented teams , Liverpool and Stoke, come up with a draw, after they were losing in both matches.

Of course that all the fans of this club are happy that their attackers are still in the mood, so that once again has proved correct the decision of coach Mancini during the summer to retain its biggest stars, while young Sinclair,Javi Garcia,Maicon and Rodwell have joined the club,so the coach Mancini will have a lot more options to set the team which will play on several fronts and certainly will few players will pick up some injuries because of that.

Precisely because it,defenders Richards and Zabaleta will miss the match with Real Madrid but set to return are recovered midfielder Barry and striker Aguero, which means that probably to the bench will go Balotelli and new player Java Garcia, no matter what he has achieved the only goal for his team in a duel with Stoke City.Brazilian right back Maicon will certainly play this match,due to Richards injury.

Match predictions : Given that tradition in this competition plays an important role and that the hosts from the bench led the most successful coach in this competition, the inimitable Jose Mourinho, we have decided that in the end will give advantage to Real Madrid.Also,we expect that the English champions will not play defensively so we could see more than 2,5 goals.