Fabio Borini has signed a 4-year deal with Sunderland after his impressive season loan at Sunderland in 2013-14 season. 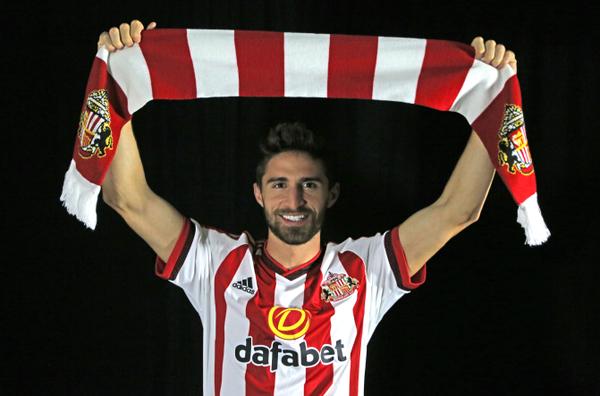 The striker returned to Liverpool to fight for his place in Brendan Rodgers’ team but failed to impress the boss.

BORINI: Striker delighted to be back on Wearside #ThisIsFab Watch full interview FREE at http://t.co/cA6VvUR5kP https://t.co/gAZqkTLjHq

Fabio Borini on his move to Sunderland said, “I am delighted to be back at Sunderland. It is a club I know really well from my time here previously.

“It will be emotional for me to play at the Stadium of Light again and I can’t wait to get back on the pitch as a Sunderland player.”

Sunderland boss said, “Fabio is a great addition to the squad who will make our front line stronger. He can play in a number of attacking positions which is a huge benefit to the team.”