Halfway through the the 2014-15 EPL season and into the New Year, it’s time to have a look at the players who have impressed the most in the English Premier league season 2014/15 so far. 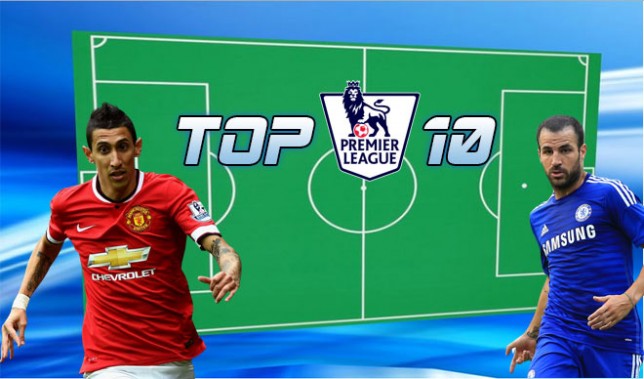 Starting off the countdown at number 10 is Chelsea’s surprise package of the season so far, Nemanja Matic. The Serbian is a rock in the middle of the field, sitting deep allowing for his attacking teammates to probe the opposition. He quickly wins the ball back from the opposition and can find a teammate to set up an attack. His consistency in defence has lead to Chelsea’s solid defensive performances so far this season, only conceding 19 goals in 20 games, the second best in the league. He has the second most tackles in the league, another stat to prove his consistency throughout the season, and although he isn’t know for the amount of goals he scores or assists, he has been one of the most consistent, solid players throughout the season so far.