FC Barcelona’s left sideback Éric Abidal after beating a cancer, tonight has pull up a comeback as he entered his first minutes during a match Barcelona – Mallorca , after a long time fighting with cancer.

In an interview on French television station TF1,FC Barcelona’s French defender Eric Abidal revealed some chilling details about his battle with liver cancer.

“I suffered a lot. We’re talking about a transplant, but right afterwards I suffered through 4 or 5 separate operations over a very brief period. I lost 19 kilos. I never thought about death because I understand that it is God who decides these things.”

“I never thought about death because I understand that it is God who decides these things.” 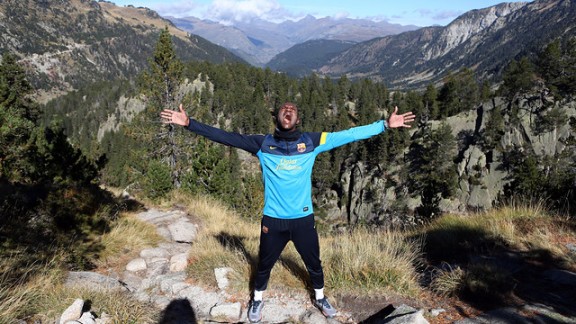 “I remember one Sunday when I simply couldn’t take the pain. I asked the doctors if they could put me into a coma. After the fourth operation these same doctors told me that there was liquid accumulating in my gut and asked how I could bear the pain.”

I’m a fighter. My goal has always been to return to the same life I had before the illness, playing football. I want to retire in the best way, on the football pitch.”