White smoke at the Old Trafford;Moyes signs for Man Utd

David Moyes has signed for Manchester United. The famous English club on its official website has confirmed that the former Everton manager signed for 6 years. 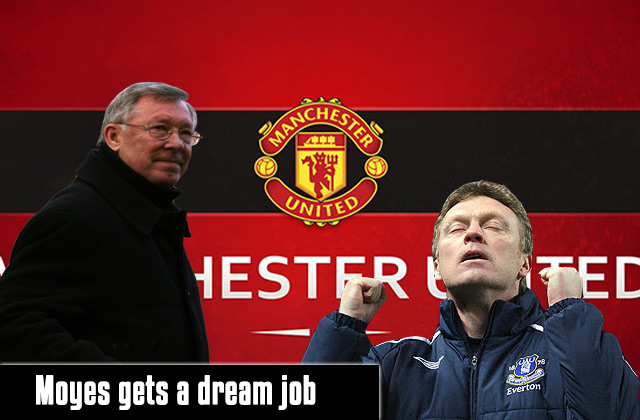 What the British media have speculated after the announcement of Sir Alex Ferguson that he is retiring, came true as David Moyes (50) inherited the legendary compatriot on the bench of “Red Devils“.

What was previously on Everton official site confirmed , later today and on the official site of Man United was done the same : Manchester United appoints new manager ! “Welcome.”

And previously on Everton official site .

Moyes is leaving Everton after 11 years with the club where he did not win any trophies, but he has stabilized the club and won the fans.

David Moyes will take United´s helm on 1 July,and he signed a 6 year deal.

“When we discussed the candidates that we felt had the right attributes we unanimously agreed on David Moyes. David is a man of great integrity with a strong work ethic. I’ve admired his work for a long time and approached him as far back as 1998 to discuss the position of Assistant Manager here. He was a young man then at the start of his career and has since gone on to do a magnificent job at Everton. There is no question he has all the qualities we expect of a manager at this Club.”