Referee:‬ D. Mohareb‎
At the start of the 35th round of English Premier League we have a big derby, and it is one in which at the Emirates Stadium in London meet city rivals Arsenal and Chelsea. Besides the prestige, additional charm to this match add the fact that both teams together with the Spurs and Newcastle are fighting for the two remaining places in the Champions League, so  after this city derby some things could be much clearer.
Otherwise, in the first half of the season Arsenal has surprisingly win at Stamford Bridge with 5:3, while last year, both teams were pretty safe at home. 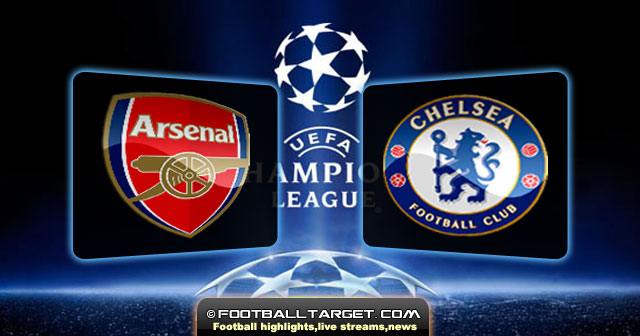 Precisely because of that,Arsenal players are hoping that this time also they will win at Emirates, which would likely mean that they secure the participation in the Champions League, but in the same time setback their city rivals . The Gunners are now in third place with five points ahead of Spurs and Newcastle, and seven in relation to Chelsea, but we must also know that they have match more than Chelsea.

And while we’re on that game, we can safely say that the chosen of coach Arsen Wenger had already missed a huge opportunity to ensure that the third place, last weekend at home playing against “drowning” Wigan, but once again broke into the head of the derogatory attitude, so that eventually the guests celebrated with a sensational 2-1.

Of course Wenger was extremely angry after this match, and even accused the opponents for delaying the game, but we nevertheless believe that the culprit must he find in its own ranks, and above all in the defense, who still at an early stage of the meeting received two naive goals.Gunners then quickly managed to reduce the advantage, but until then the end they did not have enough luck and resourcefulness, to win a match.

We believe that this was the best possible lessons for them and against other teams from the lower table they will no longer play so indolent, while for them for this duel with old rivals Chelsea, anyway should not lack motivation. Otherwise, this meeting because of injury will be missed midfielders Wilshere, Diaby and Arteta and defender Mertesacker, while on the other hand after suspension is returning defender Koscielny.

Although this match is extremely important in the fight for fourth place in the Premiership, we believe that the Chelsea players are still impressed by the great victory over Barcelona in the first semi-final Champions League duel.

Specifically, next week already is expecting them rematch at the Nou Camp, where it wont be for sure easy for , especially as their opponents have a backlog of one goal, so coach Di Matteo have certainly taken that the proper distribution of strength in the two subsequent game.

Therefore, the hero of this match with Barco, Drogba, this time Di Matteo could leave on the bench, and instead of him put Torres, while the midfield certainly should be a few changes.

But all this should not at all diminish their desire to win at the Emirates, because this is the only option left for them with a realistic chance to finally end up on the third or fourth place and so again be placed in the Champions League.

And that with a combined team there are very capable to play a good game, best illustrated is their last week’s triumph in the FA Cup semi-final, when at Wembley with a 5-1 they beat other city rivals Tottenham, so we expect that Di Matteo attempts against Arsenal also to apply the same recipe.

Will he succede,we will see, because there will certainly be a few players who have spent themselves physical against Barcelona, which will definitely leave a mark on the Chelsea game. Otherwise, outside of the team is the only injured defender Luiz, while next to Drogba this match could miss even Terry, Lampard and Cole.

Prediction : Of course these games are extremely uncomfortable for the prognosis, especially as guest team need points more, so we expecting an open game, just like in their match in the autumn at Stamford Bridge.Over 2,5 goals