After Euro 2016 qualifications, Premier league returns this Saturday, and as the last match on schedule we have a great derby match between two “fallen” giants, Wenger’s Arsenal and Van Gaal’s Manchester United.

Neither team so far proved to be the one which could take the title this year, and both have many injury problems. Arsenal currently sit on the 6th place having one point more than the 7th Manchester United. In The last three season Man Utd didn’t lose to Arsenal so certainly we would watch an interesting game as the Gunners would look to take one over the Red Devils. 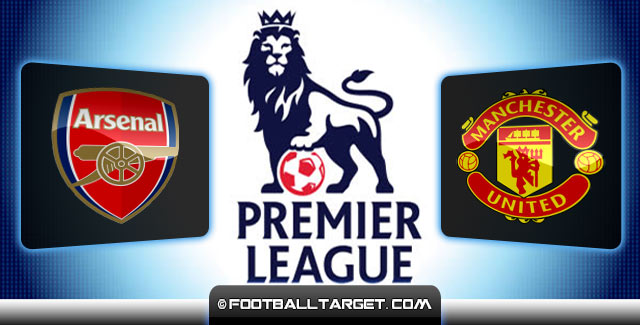 Fans expected more from Arsenal this season, especially after signing Alexis Sanchez from Barcelona FC and Danny Welbeck from Manchester United, but the Premier league proved to be a tough competition to take easy points. Arsenal in the last five home matches have won three of them, drew twice and didn’t lose any. Wenger expects from his players to maintain home unbeaten record, but in the last two matches, Arsenal wasnt good at all and in both matches after having a lead Gunners failed to take all three points.

First, after leading 3-0 against Anderlecht , Gunners let the Belgian side to bounce back and take a point from the Emirates, and then at tour against Swansea have suffered a 2-1 defeat, again after having a lead.

As for the probable lineup, Wenger as usual have many problems with composing the first team as Mathieu Debuchy (ankle), Laurent Koscielny (Achilles), Walcott (from before) and Mesut Ozil are sidelined due to injuries, while Welbeck is a doubt after picking up a problem during the international break.

As for Manchester United, Van Gaal has it own problems making the first team, as many players are sidelined due to injuries.
The list is big, Daley Blind (knee), Marcos Rojo (shoulder), Falcao, Jonny Evans (ankle), Rafael (muscle problem) and Phil Jones (shin) while Luke Shaw (groin) is doubtful. The good news for Van Gaal is that Michael Carrick , Angel Di Maria and David de Gea are fit.

Regarding the general news, Man Utd who currently sit on the 7th place, under Van Gaal , most likely due to injuries, still is not what everyone expected after spending huge money to bring the new faces into the locker-room. Two wins from the last 5 games, is not what the Red Devils fans would expect but it’s normal that Van Gaal needs more time to “fix” things, especially when many players have injuries.

On the other side, Man Utd did play in the last five games against the reigning champions, Man City and lose 1-0 , and against this year’s top favourite to win the league, Chelsea FC when Robin van Persie’s injury goal snatches a home draw. In the last round, United celebrated harder than expected against Crystal Palace at the Old Trafford 1-0.