Inter Milano vs AS Roma Preview Serie A

Here is another great derby in the second round of the Italian Serie A, and the two teams which meets are maybe the biggest disappointments of the last season, Inter and Roma. 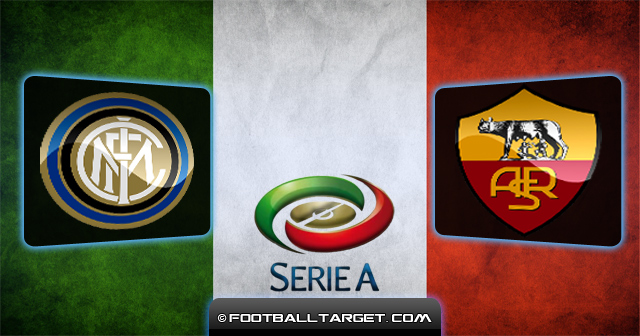 However, their duels have always attracted a lot of attention, so with no doubts it will be this time also, especially as this season both teams have announced the attack on Scudetto.

Anyway, in last season’s AS Roma was slightly more successful,celebrating at home and pulling a draw at Meazza, while before that Inter was very convincing in their mutual duels, both in the championship and in the Cup.

But now they want to take back supremacy in the championship, and they will certainly do their best to celebrate in this derby. Their confidence grew after high triumph at the away game in Pescara, and the passage to the group stage of the Europa League.

However, what concerns coach Stramaccioni the most is the fact that his players this season are playing a lot better on away matches than at home, and thus at Giuseppe Meazza in the qualifying round of the Europa League they recorded defeat from Hajduk Split 0-2, and just three days before the drew with Vaslui 2-2 while with both team on away matches they won easily.

In order to better withstand the race on two fronts, Inter Milan managements before the end of the transfer period hired a couple of new players, such as midfielder Gargano from Napoli and Pereira from Porto, while from AC Milan came striker Cassano, and in the opposite direction went Pazzini.

As for those of prior transfers, it should be noted arrivals of goalkeeper Handanovic from Udinese, then defender Silvestre from Palermo, midfielder Mudingayi from Bologna and striker Palacio from Genoa, while from the loans are back Jonathan, midfielder Mariga and striker Coutinho.

On the other hand, the loans expired to striker Zarateu and midfielder Palombi, while the team have left central defenders Lucio and Cordoba,strikers Forlan and Castaignos.

For the end we can add that for this Sunday’s derby do not compete due to injuries, seven players (Handanovic, Chivu, Stankovic, Mudingayi, Mariga, Obi and Coutinho), while novice Pereira yet has to receive a work permit.

We have already said in the introduction to AS Roma last year was probably the biggest loser of all top teams , because they finished on the seventh place and remained so even without the placement in the European league.

Of course, after that failure , young coach Luis Enrique did not keep a job, and instead him was brought in experienced Czech Zdenek Zeman, who in the last two seasons,brought Pescara in Serie A.

Departures of Borini, Bojan and Gaga he compensate by bringing the duo from Genoa, midfielder Tachtsidisa and striker Destra , while from Chievo came Bradley.

For the end we left here already mentioned reconstruction in defense, where absolutely all of the starters from the last season, such as Kjaer, Juan, Rosi and Jose Angel, and reservists Cicinho, Heinze and Cassetti have left,while some new players arrived like Balzaretti from Palermo, then three Brazilians from Corinthians, Leandro Castan, Dodo and Marquinhos and young Paraguayan Piris.

However, it will take some time to get it all sorted on the right way, which best confirms the match of the first round in which the Romans at home only drew with Catania, after a reservist Lopez scored in referee´s compensation time. Otherwise, for the derby with Inter do not compete injured midfielder Bradley and defender Dodo.

Inter Milano vs AS Roma prediction : Yes,in recent years these teams duels were quite effective, but to us this time bookies have went a little too far with a quota on total goals, because it is still a match from the Italian Serie A, especially as both teams have a great respect for each other, and hardly at the start of the season, they will decide to go to a full offensive.Under 3,5 goals.

Watch Inter Milano vs AS Roma online from live streams