Udinese vs Juventus Preview Serie A 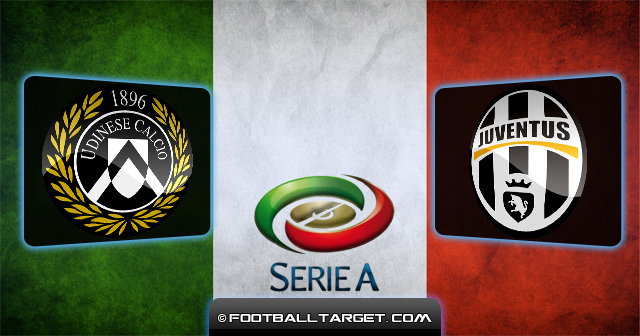 In one of Sunday’s two derbies of second round of the Italian Serie A strength will weigh the current champion Juventus and the third-placed team from the last season, Udinese.

However, judging by the latest results, only Juventus and this time justify their status of Serie A favorites, while one tough season is expecting Udinese.Otherwise, the last year match between these two teams at Friuli ended without a winner, while Juventus at home celebrating with narrow 2:1.

We have already said in the introduction that Udinese had big problems in this opening season, which is not surprising, simply because they lost to much this summer to not have any influence on their results.

After great last season, the team left the standard goalkeeper Handanovic,midfielders Isla ,Abdi and Asamoah,defender Ferronetti, attackers Floro Flores and Torje, while a loan has expired to Pazienza and Fernandes.

On the other hand, that numerous absences in midfield they compensate with three players who competed last year in the strongest Brazilian league,Maicousel, Willian and Allan, while from Inter Milan they brough the 20-year Faraoni and experienced Lazzari from Fiorentina.From French Caen came Heurtaux,while from a loan from Siena is back striker Muriel,and Brkic will be on goal.

However, here is still untouchable experienced Di Natale, which obviously at the beginning of the season wasnt enough for them,as they are apart of league defeat away at Fiorentina last week dropped out of the Champions League, after on the penalty shoot-out more luck had the Portuguese Braga.

So they and the second consecutive year will perform in the group stage of the Europa League, which has been largely disappointing for coach Guidolin who even announced the imminent departure, which definitely could leave a big mark on Udinese, for whom otherwise would not play injured midfielder Pinzi,Allan and the striker Barreto.

As for Juventus, a huge investments before the start of last season, were very much worthwhile in the end, because the team from Turin after many years finally broke the dominance of the Milan clubs and won the Scudetto on a superior way.

Of course, in this section we must mention a huge contribution of the coach Conte, who before the season came from Siena, and somehow along the way made a great blend of youth and experience, but this summer he has been under scrutiny because of his involvement in match-fixing scandal, and at the end, together with his assistant Alessio even fined with the 10 months suspension.

Regardless of the fact that so far only the second assistant of Conte,Carrera, is leading team,”Bianconeri” are still very dangerous, which best was shown in the Italian Supercup, where they defeated with 4:2 Napoli , while at the opening match of Serie A new season they with a routine win of 2:0 at home celebrated against Parma.

Otherwise, in Turin during the summer have arrived experienced defender Lucio from Inter, then the midfield duo from Udinese, Isla and Asamoah and young Pogba from Manchester United, while the attacking new names are Giovinco from Parma,Boakye from Genoa and Bendtner from Arsenal .

On the other hand, the team left mostly the players who failed to impose the past year, and we will point out midfielder Krasic and Elia and legendary striker Del Piero. For this match does not compete injured defenders Lucio and Caceres, then midfielders Isla and Pepe and striker Giovinco.

Udinese vs Juventus Prediction : Regardless of the obvious problems of Udinese, we are quite sure that they are still able to play good in front of their fans against a great rival, especially in the defensive area, where otherwise in the last year, along with Juventus were the best team in Serie A.Under 3 goals,Juventus to win.