Manchester United sign Fellaini for €32m, Coentrao is close,Herrera is out !

The Premier league champion, Manchester United tried to land Fabregas, Modric, Ozil, Khedira and Herrera, and at the end of the midfield United signed Belgian team member Marouane Fellaini for or a staggering £27 million (€32m)… 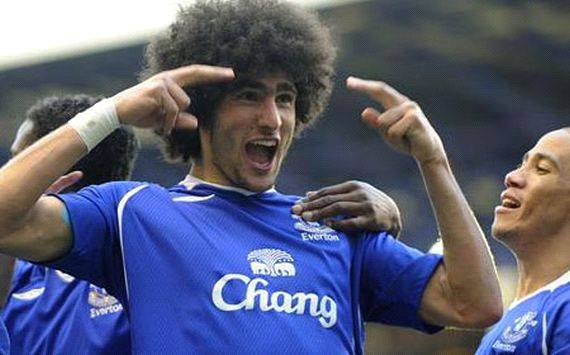 That Fellaini was Moyes third or fourth options, illustrates the best, a fact that Man Utd have gotten him for a lot cheaper if United had they met his £22.5m buy-out clause earlier this summer.

Back in season 2008/09 Fellaini came to Everton from the Belgian club, Standard Liège, and the most successful season for him was the last one when he scored 11 goals for Everton.

Fellaini – “I am thrilled to sign for MUFC. I have known the manager for many years now and I have a lot of respect for his way of working”

There were a lot of reports that Man United landed Athletic Bilbao midfielder Ander Herrera, but the Reds were not willing to meet the €36 million buy-out clause and ultimately ran out of time in their attempts to thrash out a deal. Another reason is that someone was trying also to sign Herrera on United´s behalf.At the end, United accepted to meet Bilbao demands, but the Reds ran out of time.

Another play which Man Utd is trying to capture is the Portugese Fabio Coentrao, reportedly on a loan.Another confusion here is , whether Manchester United completed that deal in time, whether they still have time to do so, and whether Real Madrid after failing to sign Siqueira from Granada, are willing to let him leave the Bernabeu.According to La Liga official, this deal is valid (time-term).