This saturday Chelsea host Tottenham Spurs in what we can call battle for Champions league places.After recent poor run of Spurs where they on their five away matches manage to take only two points and lose three games.The thing that doesn’t bring any hopes for Spurs for today match is fact that since 1990 they failed to win at Stamford Bridge.Gunners which were 10 points behind Rednkapp boys month ago with recent good run,manage to take 3 place with point more. 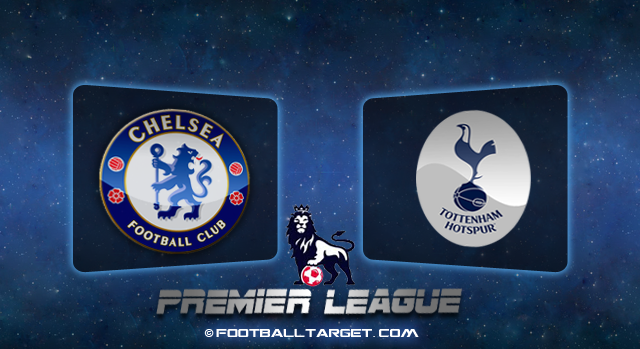 Spurs currently holding 4 or last place for Champions league qualification,but Chelsea are also aiming to that spot and with today’s game and win over directly concurrent for that spot,Chelsea will come to just 2 points behind them,and after that no one is sure for 3 and 4 place.

So for the Chelsea this is must win match were possible lose will bounce back them eight points behind.After last week defeat against Man City its simple,Blues does not have any better chance except this to come in the battle for champions league places.New blues player Cahill is fully aware of it :

“We have had good results and built some momentum of late.
“The camp is positive and we’re looking to get the run going again on Saturday in what is another big game.
“We were unlucky on Wednesday. We were 1-0 up until the 78th minute and it is disappointing not to see that out.
“But we can’t let it affect us because we have huge games coming up in the next week or so.

“I want to play in big games and we certainly have big games coming up from now until the end of the season.
“It is certainly important we finish strong and keep this momentum we have built over the last few weeks.
“I heard a little stat that if we go all the way in the competitions we have 15 games left until the end of the season.
“It is amazing and something we’re striving to do. It is important we rest up this week and get ourselves mentally ready for Spurs.”

Chelsea : John Terry is set to return and help out Chelsea ,defender Branislav Ivanovic is doubtful with a thigh problem,and after knee injury Oriol Romeu is fit again.
D.Sturridge and M.Essien after failing to make the starting line-up against Man City could start today. and Didier Drogba may well replace Spaniard F.Torres.

Prediction : This is most important game for both teams,Host are on some good run,and on the other hand visitors are struggling to take points.Their recent form is terrible especially away one.Must win match for both them,but home pitch is great advantage for Blues,and if they want to have chance for champions league places next year,this is right time to do it.Even if match could go to draw,we gave little advantage to Chelsea.or tu be sure Chelsea wont lose Chelsea to win