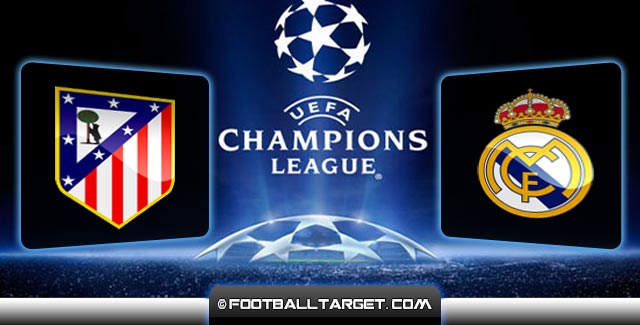 In the replay of the last year’s Champions league final, tonight, Carlo Ancelotti’s side, Real Madrid face Diego Simeone’s side, Atletico Madrid looking to end a bad run against their city rivals this season. In Lisbon, Atletico had a 1-0 lead until the third minute of the injury time, when Ramos with a header saved his team and took the game to extra-time in which the Los Blancos with goals of Bale, Marcelo and Cristiano Ronaldo celebrated with 4-1 and claimed the Champions league glory.

Since then, these two teams have met six times, and Real Madrid failed to win either of those. Twice they met in La Liga, where Atletico celebrated both times, winning at home with even 4-0. Twice they played in Copa del Rey where Atletico was more successful while in the Spanish Super Cup, Atletico lift the trophy.

Who is ahead of tonight’s match in better shape is hard to say because both teams generally have good results. Perhaps it’s Real Madrid who returned in race for the La Liga title after Barcelona dropped 3 points against Sevilla, while Atletico Madrid will for sure end on the third position. A run of three consecutive league wins, Simeone’s men ended with a 2-2 draw against Malaga in the last round, while Real Madrid after losing the El Clasico match against Barcelona 2-1, enrolled three wins scoring 14 goals in the process and conceding only once.

Although Atletico Madrid are unbeaten in six games against Real Madrid, the Los Colchonerosi boss Diego Simone puts the Los Blancos as the favorites here.

– On some positions Real has much more talent than us, but we are primarily a team and therefore often that does not make some big impact when we are 11 against 11 on the pitch.

– Ramos, Modric and James, now are available for Real Madrid, all of them make a difference and I respect them a lot.

– I will emphasize as usually that we are two completely different teams, but each has it’s own strengths.

The main news is that from the first minute on the goal will be a Slovenian Jan Oblak, while in attack the Croat Mario Mandzukic. Raul Garcia is ready, which means that Simone doesn’t have any injury problems.

When at the press conference appeared the Italian boss, Carlo Ancelotti, journalists were mostly interested in whether his team has a complex of their rivals.

– We were defeated four times against Atletico Madrid this season, but every defeat was different and I would not say that we have a complex of them.

– We are not under pressure that we need now twice to beat Atletico, the main thing is to reach the semi-finals, and this realistically can be done with two draws. Of course we will play to win, but a draw would not be a disaster.

– We will try to take advantage this time from our strongest weapons: Individual Talent and fast, attacking game. After all, football is not such a complicated game.

Major problems with truancy there is not an Italian, according to the latest news Gareth Bale is fully fit and should start from the first minute.

Ancelotti as well does not have some major problems regarding unavailable players and today he can not be count only on Sami Khedira and Fabio Coentrao. 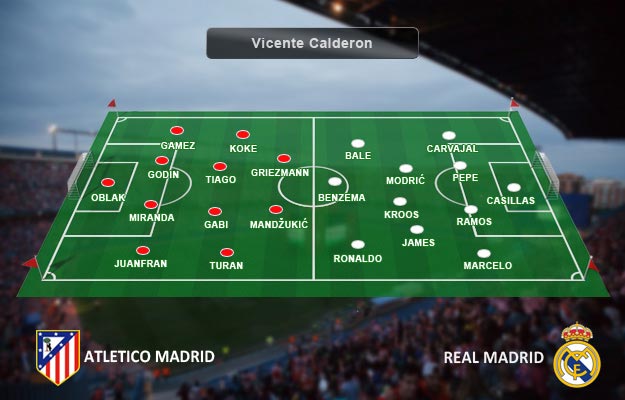 Match Prediction: It would be hard to predict the winner in the first leg match, considering a high stake here, but both teams to score should come easy here, and for that Bet365 is offering 100% bonus on your deposit, so grab one here. The good news is that if match ends with no goals at all, you take your money back.