Mourinho puts the price on Hazard: “£100m for each leg”

Related Posts
You are here
Home › chelsea › Mourinho puts the price on Hazard: “£100m for each leg”

Jose Mourinho has put the price tag on star player Eden Hazard, £100m for each leg along with Cristiano Ronaldo. 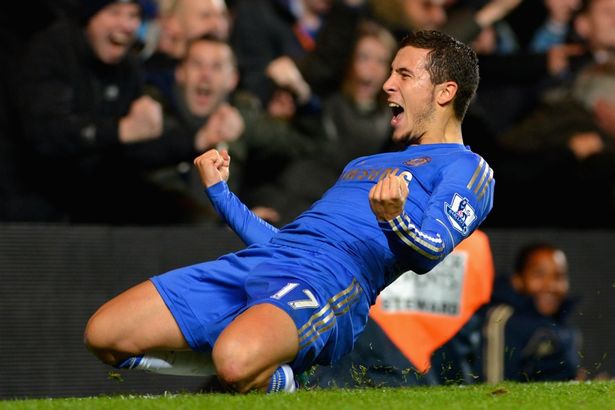 Eden Hazard favorites to win the PFA player and young player of the year award. which will be declared on Sunday evening after Chelsea take on Arsenal at the Emirates.

Chelsea are two wins away from winning the Premier League award. Chelsea winger signed a new 5-year deal to relieve Jose Mourinho and the fans.

Jose talking to the media said, £100m? ‘Plus one of Real Madrid’s three best players,’ said Mourinho, before reconsidering and putting the price up. ‘£100m each leg, because he’s very young, so £100m each leg.’

‘There’s that sense in other cultures where there is individualism and somebody that is more important than the other,’ he said.