Real Madrid had a chance last weekend to put more pressure on the leading duo Atletico Madrid and Barcelona as both of them failed to win. 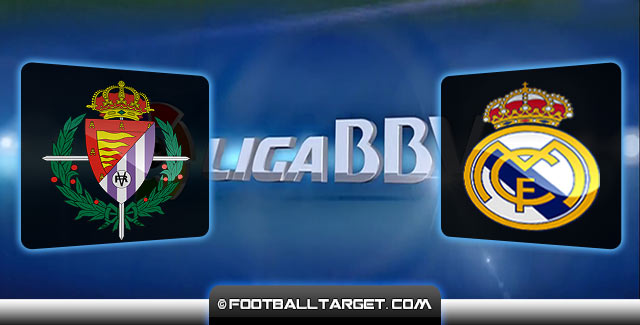 Valencia proved to be a tough nut to break for Carlo Ancelotti’s men. Cristiano Ronaldo saved the day with a late back-heel goal to seal a 2-2 draw at Santiago Bernabeu. Now , the Los Blancos are big five points behind their city rivals Atletico Madrid with only three games remaining. Still, Real Madrid have a game less. Situation is clear, Real have to win all three games and hope that Barcelona in the last round defeats Atletico.

“It’s still difficult. As I’ve always said, this league is going to be decided in the last few games.

“There are three games to go that we have to win. It won’t be easy, as we play two of them away against teams that have something to fight for.

“We must be clever and prepared. The drive to win is the same as always.”

Real Madrid’s recent record of 6 straight wins against Real Valladolid will give them a confident, especially this season’s home 4-0 win, but situation changes as Real Valladolid are desperate to move from the relegation zone. Further, the home side are unbeaten in their last 11 home matches, and with this form they could be able to cut some points from Real Madrid in this game and so leave them without title hopes.

Good news for Ancelotti is that Luka Modric is back, while Valladolid could be without striker Manucho and Fausto Rossi is suspended.