Manchester United has confirmed that their captain Nemanja Vidic will be out of action for around eight weeks after undergoing an operation on his right knee.

Vidic who didn’t play against Liverpool as he was rested before going for an operation this week. 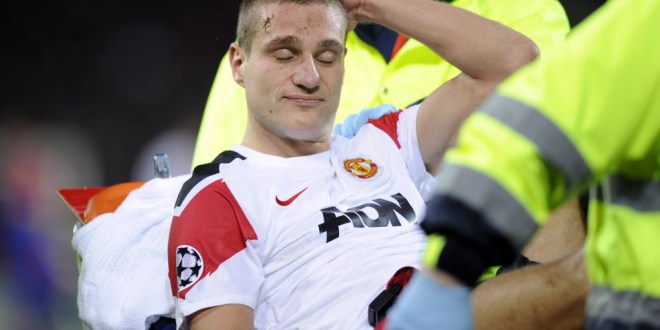 An official announcement from United said: “Nemanja Vidic has had a meniscus operation on his right knee and will be out for around eight weeks.”

“Sir Alex rested Vidic at the weekend after he was declared unfit for the encounter against Liverpool.”

Manchester United will miss the Serbian, Vidic for the important part of the Premier League and Champions Leagues clashes against Chelsea, Arsenal, Tottenham Hotspur, CFR Cluj and Braga.