Radamel Falcao, the Colombian “goals machine” in the ranks of Atletico Madrid has attracted the attention of Europe’s biggest football clubs, and the question is can they keep Falcao at Vicente Calderon…

The English media in recent days writes a lot about  Chelsea´s interest in Falcao and  about  offer of around 45 million pounds which they are willing to offer for his transfer in the January transfer window. 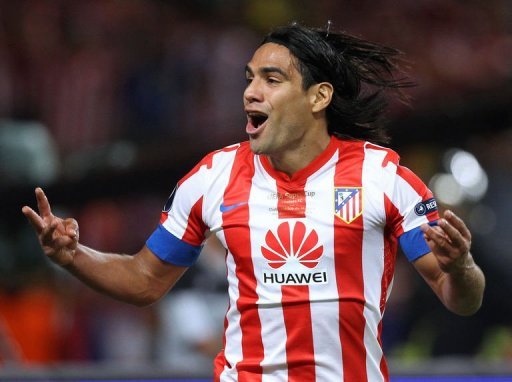 The owner of London’s  “blues” Roman Abramovich gave the green light for his transfer after he watched  the last month  how Falcao destroys his team in the UEFA Supercup in Monaco (Watch full match video:Falcao´s hat-trick in a 4-1 victory).

After departure of Drogba,Chelsea can count only on Fernando Torres and Daniel Sturridge as their outright attacking options,where Torres still is struggling in front of goal while  Sturridge is injured, so Chelsea  will likely bolster their attack in the following transfer window.

Atletico Madrid the last summer has paid 32 million pounds to Porto to bring Falcao at Madrid. The Columbian this season, has scored 10 goals in six official matches for Atletico. Last season he scored 24 goals in the Primera and 12 in the Europa League.