Related Posts
You are here
Home › interesting › Man Utd David de Gea caught in stealing donuts
The young Manchester United goalkeeper David De Gea (20) are duly disgraced after being security guards at the supermarket Tesco caught trying to steal – donuts.
Spanish goalkeeper who arrived this summer from Atletico Madrid, with compensation of 20 million euros, came into the shop in Manchester with two friends. Served as a donut, and then they suddenly headed toward the exit, with no intention to pay. They did not, however, noticed the camera that filmed their adventures. 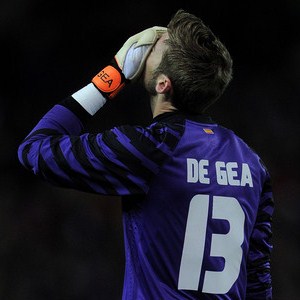 The Sun said that Tesco did not call the police and against the mischievous players will not be taken any action. Tesco, however, has a rule that anyone caught stealing a banned from entering their trade for three months.
Will this apply to De Geu not know, just like the answer to the question of why the young man who earns around £ 70,000 a week in an awkward position because of donuts that costs £ 1:19 ..
Join Us on Facebook!
Related Posts