According to the British media, a brilliant Atletico Madrid striker Radamel Falcao has refused transfer to London’s Chelsea after the London Blues agreed to meet his €60 million clause.. 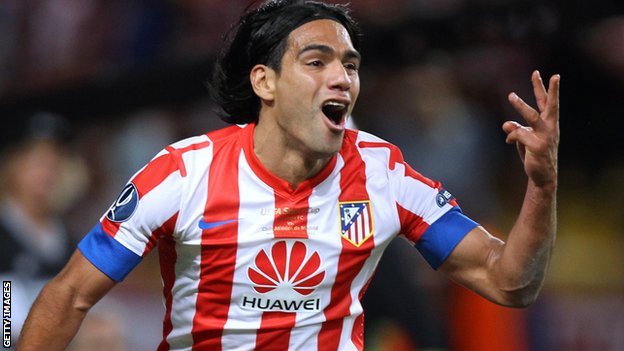 Apparently the Colombian accepted an invitation of the “fresh” French first division club Monaco, worth up to 60 million euros.

President of Monaco,the Russian Dmitry Rybolovlev is determined at all costs to bring Falcao in Monte Carlo, and a few days ago he met with players’ manager Jorge Mendes.

That this story is very close to be ended,proves and a statement of Monaco´s first goalkeeper,the Croat Danijel Subašić who said

– I do not know about others players, but here is a topic of discussion that Falcao agreed and that he certainly comes to Monaco

The Colombian striker Falcao, has also been a target for Manchester City Chelsea and Real Madrid, has scored so far 34 goals in all competitions for Atletico Madrid this season and is considered for the one of the most lethal finishers in the football world.